Chaga Mushroom in the highest Quality for your Health

100 % pur, untreated and unpolluted, directly from Finland
for the best possibly effect 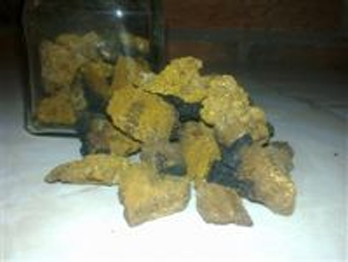 A mushroom that is unique in the world grows high up in the north, in the polar region. The Chaga mushroom, also called Inonotus obliquus, lives as a parasite on birch trees. It contains a unique nutrient cocktail, which is characterized by the highest antioxidant potential ever measured.

A few years ago, the Chaga mushroom and the tea brewed from it were almost unknown in Germany. Since its importance for human health has become clear, more and more people are turning to this healthy natural product. But the following applies:

Only the wild chaga mushroom from the polar climatic zones has the unique vitalizing substances that have such a positive effect on our health.

The origin of the Chaga Mushroom is most important for the quality:

The original Chaga mushroom from Finnish Lapland grows in completely untouched nature. There is no agriculture, highways, cities or industrial facilities for miles. Only birch forests, which cover an area of around 75,000 square kilometres (which corresponds to the area of Bavaria).

The climate in Lapland is particularly harsh. In winter, the sun only shines on the horizon for a few hours and it is freezing cold down to minus 40 degrees. Since the numerous lakes and streams are frozen over, liquid water is in short supply.

The further north the Chaga mushroom grows, the more vital substances it contains – and the better its therapeutic effect.

Why is the Chaga Mushroom unique? 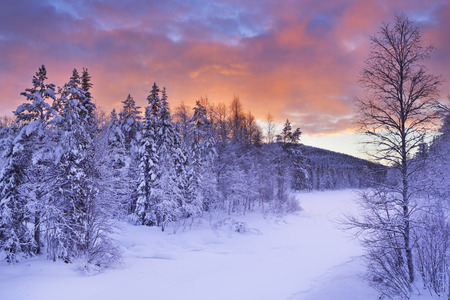 The chaga mushroom feeds on the birch tree it grows on. Its spores get stuck in the hardwood of the trees, grow from there to the surface and form lump-shaped outgrowths that at first glance look like adhesions on the tree.

During its growth, the Chaga mushroom absorbs the vitalizing substances from birch water, including the secondary plant substances. Over the course of several years, they collect and concentrate in the mushroom and make the chaga a highly potent source of rare mineral and plant substances. This includes:

As with all natural products, all ingredients of the Chaga mushroom work closely together and mutually reinforce their effects. Of particular importance are the antioxidant properties of the many secondary plant substances, which we humans also benefit.

The ORAC value of chaga mushrooms, which determines the antioxidant power of a plant (in this case the mushroom), is far above all other known plants such as grapes or the acai berry.

Chaga Mushroom Powder an Capsules have no effect

Farm-grown chaga mushrooms can never contain the same ingredients as wild chaga mushrooms. Farm mushrooms grow in a far too mild climate, on the wrong substrate and are harvested far too early. In order to disguise the poor quality, the inferior chaga mushrooms are processed into powder, sometimes even with fillers from the substrate.

In addition, Chaga powders have a very large surface area and therefore mold quickly. And to top it all off, the cheap products are shrink-wrapped in aluminum foil, which also promotes the formation of mold.

Even if the Chaga mushrooms come from sub-polar regions, caution is advised. If the powder is put into capsules, it is completely useless. The supporting apparatus of the Chaga mushroom body consists of hard chitin, like the shell of a lobster. You cannot digest this chitin. It’s just unnecessary ballast that can lead to side effects like indigestion.

In order to remove the valuable ingredients of the chaga mushroom from its chitin structure, only the traditional preparation as tea is suitable – if possible from wild, untreated, well-dried and well-packaged chaga mushroom chunks.

Which brings us to the next important quality criteria:

The Chaga mushrooms must be at least 5 years old and grow on birch trees that are neither too young nor too old and neither sick nor dead. Only then have they absorbed enough vital substances to ensure a health benefit.

In addition, the chaga mushrooms must grow at least one meter above the surface and the birch trees should not be directly on a lake or stream. Otherwise they will draw more water from the birch than nutrients.

To encourage the fungus to regrow, only half of the fungus is removed.

The cutting is done carefully by hand and not brutally with a chainsaw so as not to harm the health of the birch. This also prevents the Chaga mushroom from being contaminated with chainsaw oil.

After the harvest, the mushroom is cut into small chunks and gently dried for several days until the water content does not exceed 15%. This protects the chaga from mold infections and keeps it for a long time.

A test for harmful substances should actually be mandatory for every provider. We have the Finnish Chaga mushrooms tested regularly and can therefore tell you with certainty that no pesticides or radioactivity have been detected.

This is due to the untouched nature of Finland, from which the Chaga mushrooms come. We will be happy to send you our latest laboratory report so that you can get an idea for yourself.

The dried chaga mushroom chunks are packed and shipped by us in breathable paper bags. If you store this bag in a dry place, it will last for at least 2 years.

Most providers only want one thing: to sell as much as possible. Advice is almost never offered and tends to concern questions about delivery and payment. Therefore we would like to refer to our advisory service at this point. You can call us or send us an email at any time if you have any questions about the application or would like to know how you can improve your well-being and quality of life with this wonderful natural product.

This is why the original Chaga Mushroom is so healthy 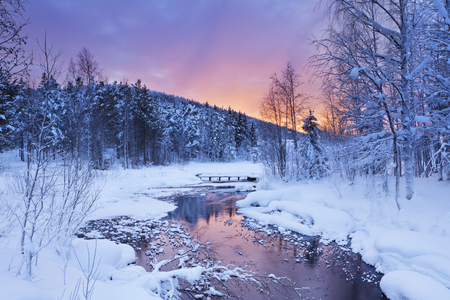 Wild grown Chaga mushrooms are sought by our collectors in northern Finland, a region that is almost deserted and free of environmental pollutants. Because of the extremely cold climate that prevails there, they have a very high content of vital substances, which is a prerequisite for health use.

Regular tests in a German laboratory prove that the Chaga mushrooms are free from pesticides or contamination. Pollutants are far below the permissible limits. We can therefore guarantee that our chaga mushrooms are particularly pure and unpolluted. In contrast to powders or capsules, Chaga tea has been used in Lapland as a tonic to improve quality of life for more than 900 years.